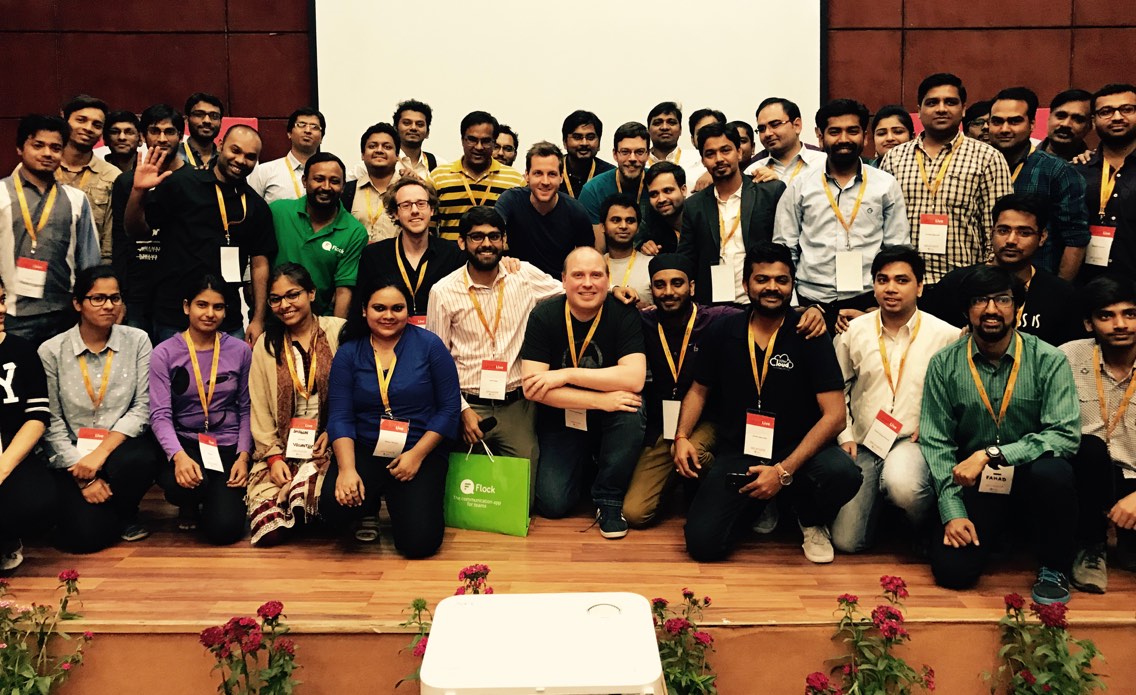 The later half of last month I spent traveling and during this I got the opportunity to attend LaraveLive – A PHP Laravel Conference, first Laravel conference in India, held at Vivekananda Institute of Professional Studies, New Delhi, India.

Not planned to be a big tech talk, the conference did attracted people from every corner of the country, from Entrepreneur to freelancers, students to college faculties, NGOs and growing startups to established companies, people with quite different backgrounds and experiences attended the event. As quoted on the website —

LaravelLive India is a full-day event being curated with an expected audience of about 300 in New Delhi . Our goal is to bring together bright minds to give talks that are idea-focused, and on a wide range of subjects in PHP Laravel, to foster learning, inspiration and provoke conversations that matter.

The one day conference had five speakers —

The first talk of the day, Frederick introduces to the depths of better API development while keeping the talk language agnostic. The process of choosing HTTP codes, proper request-response verbs, how to structure endpoints, and what is HATEOA, were covered in this talk. While this was the basic stuff, Frederick also touched some of the advanced topics like such as authentication, versioning, and custom headers.

From development to production with Laravel
— Lalit Vijay

Lalit’s talk was about standards & streamlining the development to production process, in Lalit’s own words —

“PHP has classically lacked a standard application deployment mechanism. The PHP developers, the highly creative bunch that we are, come up with a multitude of techniques to work around this problem, each with its drawbacks.”

This does holds true, and since PHP is so easy to get started with, new programmers get spoiled with their freedom.

Hannes’s started the talk with Design Patterns, progressing towards why IoC containers are important, and good practices of using them. Moreover, the talk focused on 3 main topics – Reflection, Binding, & Calling code. Before wrapping up, Hannes treated with a bonus trick — Solving circular dependencies.

Freek started the talk by welcoming everyone in Indian style — Namaste (/ˈnɑːməsteɪ/, Devanagari: नमस्ते), focusing the talk more on Open Source awareness, Freek also mentioned how Laravel is top most projects on github. Freek also talked about Laravel ResponseCache package made by them at SPATIE and further continuing about Laravel-backup package (after frighten everyone with hosting disasters stories!).

From zero to multi-platform Chatbot with BotMan
— Marcel Pociot